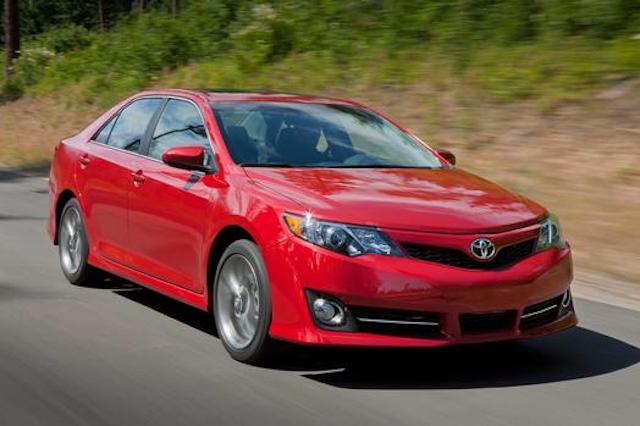 Musty Smell Coming from the AC/Heat Vents: An overpowering moldy smell coming from the vents is not Camry specific and can occur in any vehicle. This problem occurs because people leave their A/C systems on when they turn off their cars. If the A/C system isn’t turned off and allowed to dry out for a couple of minutes before the car is parked, condensation can build up inside the A/C system, which leads to mold.

Torque Converter Failure: When the RPMs go down and the Camry starts shuddering while the transmission changes gears, the torque converter has failed. Toyota responded to this widespread problem by issuing a Limited Service Campaign where they’ll either update the Engine Control software or replace the torque converter at no charge until October 31, 2017. 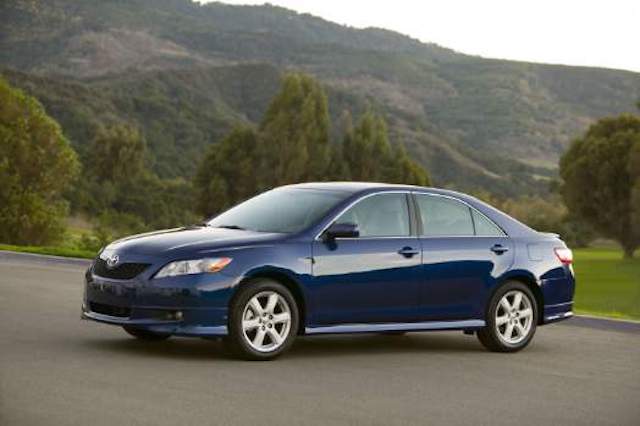 Excessive Oil Consumption (aka ‘Burning Oil’): This issue is a result of poorly designed piston rings. Oil can leak past these piston rings at sometimes high rates, and that can lead to engine failure if oil levels aren’t monitored closely. While you can fix this problem by replacing the piston rings, it’s cheaper and easier to keep a close eye on oil levels. Checking your oil weekly is the best solution here.

Transmission Slippage (2010 and 2011 models): Symptoms include jerking, hard shifting, refusal to go into reverse, and hesitation to accelerate. A lot of Camry owners solve this problem by having their transmission rebuilt or replaced. A good way to prevent this from happening is to give your transmission some TLC by making sure that it has adequate fluid at all time and allowing your Camry enough time to warm up in cold weather.

Melting Dashboard: The main symptom is a sticky dashboard, which can create a dangerous glare from the sun. In January 2015, Toyota agreed to extend dashboard warranty coverage for melted dashboards. The extended warranty lasted until May 31, 2017, but you can still call Toyota at 800-331-4331 to see if they’ll replace your dashboard free of charge. 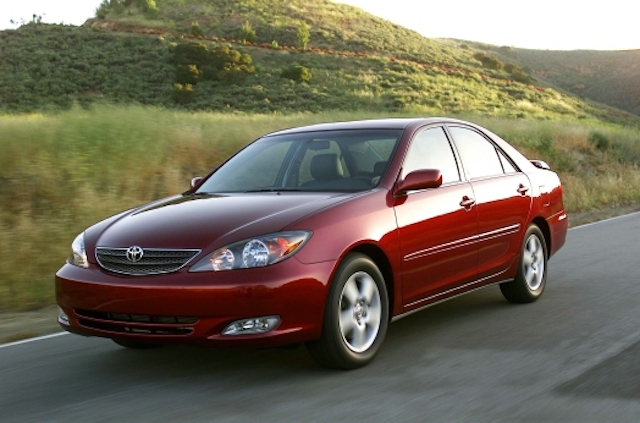 Deteriorating Rear Speaker Covers: In most cases, the plastic Toyota used to manufacture the rear speaker covers eventually cracks or crumbles after prolonged exposure to the sun. The best thing to do is replace the speaker covers as soon as possible.

Leaking Head Gasket: This generation of Camry sometimes has problems with a bad head gasket design that causes serious oil leakage. Symptoms include smoke coming out from under the hood, dirty coolant, white smoke coming out of the tailpipe (even after the car has warmed up), and of course engine failure. The best thing to do is periodically check your oil and inspect your coolant. If your oil begins to look milky or muddy, or if your coolant looks unusually dark, get your car to a repair shop ASAP.

Hard Shifting: Many ’02-‘06 Camry owners report experiencing the transmission jerking while shifting gears (even when accelerating). Reflashing the ECU may fix the problem. If it doesn’t, the transmission will need to be rebuilt or replaced (if the issue gets bad enough). 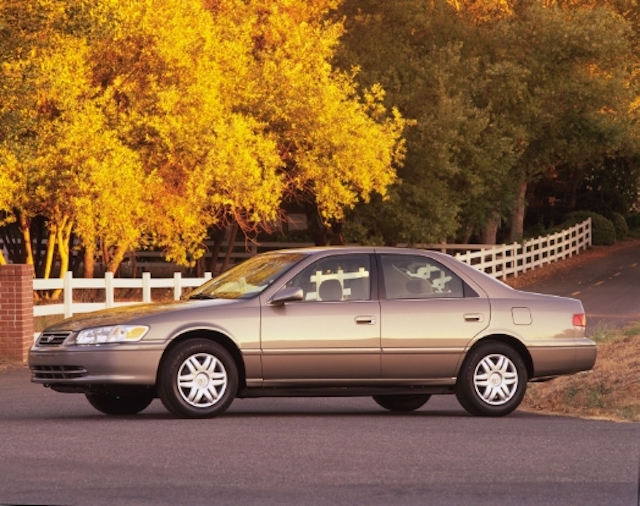 Engine Seizing Due To Oil Consumption: Fundamentally, the issue here is a piston ring design that lets oil sneak past and get consumed. Oil consumption is only a minor problem, however, unless you forget to periodically check your engine oil levels. Since many vehicle owners never check their oil levels, oil consumption can lead to engine failure.

The easy solution: if you own a Camry made between 1997 and 2001, check the oil frequently and add oil as needed. An engine rebuild is an option too, only that can be expensive.

Peeling Paint: Of course, this generation is older, so peeling paint may be expected. However, this problem is so prevalent that some wonder if Toyota had a paint quality problem on these cars. Repainting your car is one option, and spraying your car with Plasti-Dip is another…Plasti-dip is a DIY product you can use to give your car a unique look. If your hood is peeling, it might be worth trying out some Plasti-Dip instead of paying for a paint job.

Oxygen Sensor Failures: A failed oxygen sensor means your engine isn’t getting the right air/fuel mixture. The engine surging periodically is a good sign that your oxygen sensor needs to be replaced. Oxygen sensors are more prone to failure on this generation of Camry.